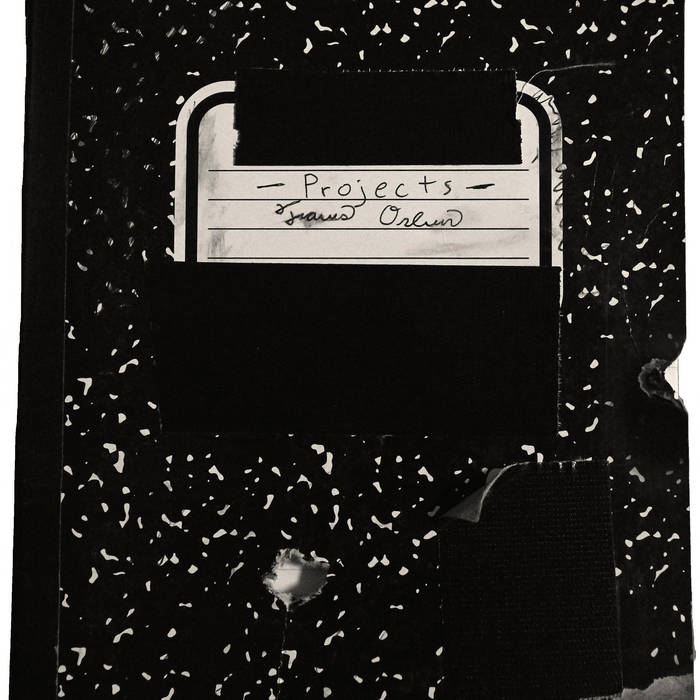 Oren Black Darker and more straight forward than its more flamboyant brother "Silly String", this album is an intense experience of rediculously rhythmically advanced motives. With a great emphasis on percussive sounds even on the melodic and harmonic instruments, Travis Orbin creates an atmosphere that is hard to believe is real. An amazing show of skill and musicianship. Favorite track: Safari.

Benjamin Rouse This album reminds me of the boss battle music for Nintendo games in the craziest time signatures known to man....it's incredible. Such technical excellence. Favorite track: Safari.

Eden Evelyn Rosalina Porter Starkly technical and willing to go where few bands of the genre will.

Can This Even Be Called Music?

I began composing ‘Projects’ back in 2007 while still in Periphery; I was working in the mail room at Human Genome Sciences and living with Tom Murphy and his mother. Jacob Tull—our vocalist at the time—turned me onto a splendiferous little program called Guitar Pro. Initially, I geeked out and notated a bunch of drum ideas, both personal and for my band. As I acquainted myself with it, I eventually tried my hand at composing music—something I previously did either in my head or on my bass guitar. Side note, but I did all of this while at work, as I would use my weekends to commute back to Delaware to spend time with my family and teach students (gotta love those many unoccupied office hours). Jacob worked in the same building and we’d pass files around, then visit one another and GP-geek some more. Slowly, I built up a catalog of files, both full songs and fragmented riffs. I titled these files “Project #” and moved up in number with each new one. As I improved, I started to compose stuff that I planned/hoped would be utilized in Periphery. As a result of this as well as my lack of skill—both with composing and using the program—nearly all of the songs that ended up on ‘Projects’ contained a single melodic/guitar-driven line (supplemented with bass and drums, of course).

After I left Periphery, I composed three tunes in 2009 that will end up on my next EP ‘Silly String’; I also instigated some seeds for a couple more while on tour with Sky Eats Airplane in 2010. In 2011, when the idea hit me to have the “Project 15” drums professionally mixed (read more about this in the video description of the respective video) and to hire Adam Edgemont and Pete Luetzeler to record guitars/bass (as well as write an additional guitar part), I figured it would be worthwhile to release an EP with the ‘cream of the crop’ of the ‘Project’ tunes. Thus, in 2012 I determined a track listing and—following an amazing wave of inspiration which saw me fleshing out/composing the remainder of the pieces for ‘Silly String’—fleshed out the closing song, “Greasy Mustache”. Due to session recording, touring, life obligations, etc., I didn’t get around to tracking all of the drums for both EPs until September and October of 2013. After I’d track the ‘Projects’ drums, I’d send them to Justin Bonfini for editing and (light) sample blending. Once they were ready, the mighty Edgemont would record guitars, bass and work up a mix. What you hear is the result of our collective labor and Adam’s tears. Enjoy!

For CDs and vinyl, head to my Big Cartel store.

Bandcamp Daily  your guide to the world of Bandcamp